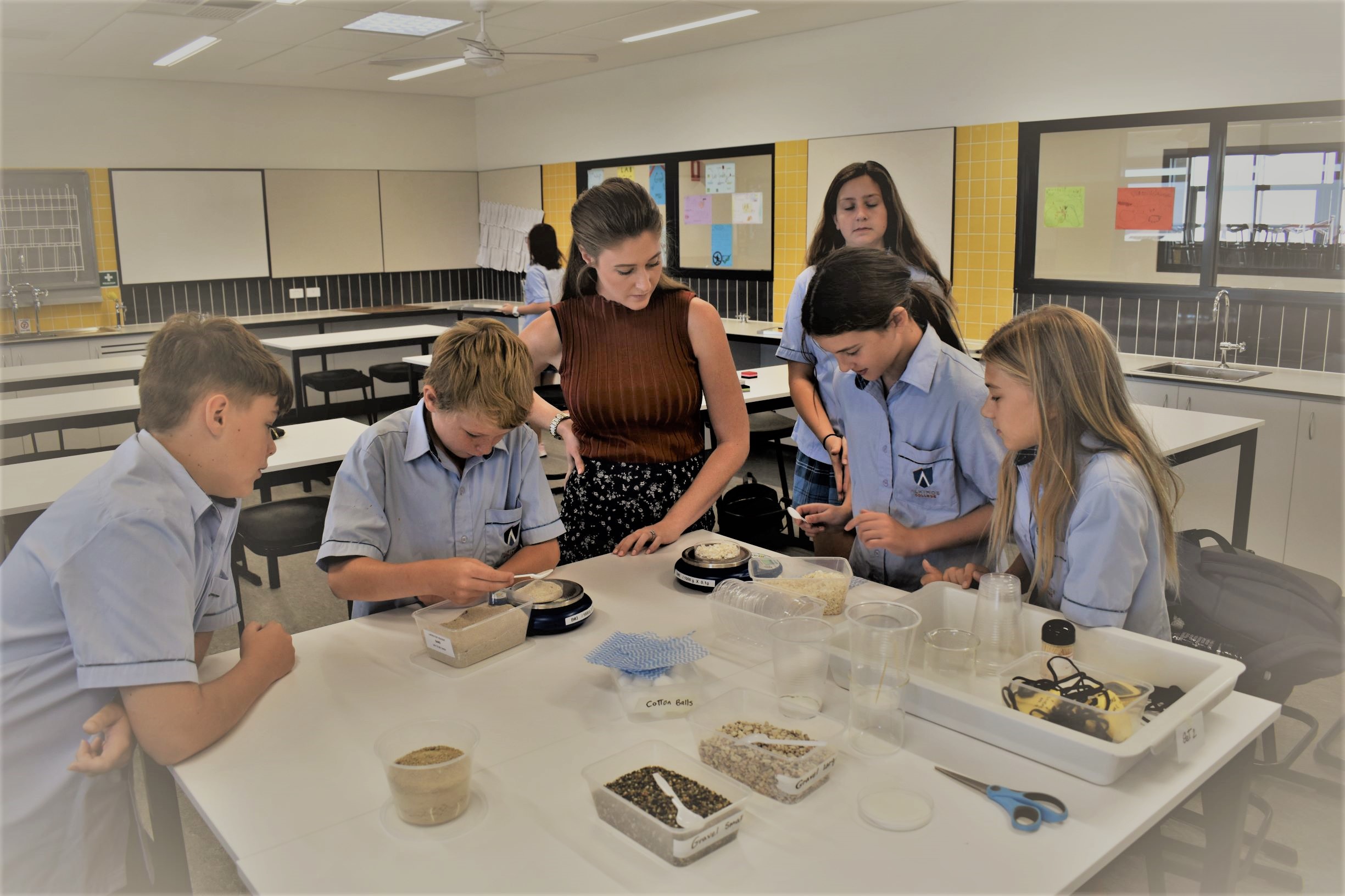 Science provides an empirical way of answering interesting and important questions about the biological, physical and technological world. The knowledge it produces has proved to be a reliable basis for action in our personal, social and economic lives.

Science is a dynamic, collaborative and creative human endeavour arising from our desire to make sense of our world through exploring the unknown, investigating universal mysteries, making predictions and solving problems.

Science aims to understand a large number of observations in terms of a much smaller number of broad principles. Science knowledge is contestable and is revised, refined and extended as new evidence arises.

Together, the three strands of the science curriculum provide students with understanding, knowledge and skills through which they can develop a scientific view of the world. Students are challenged to explore science, its concepts, nature and uses through clearly described inquiry processes.

The biological sciences sub-strand is concerned with understanding living things. The key concepts developed within this sub-strand are that: a diverse range of living things have evolved on Earth over hundreds of millions of years; living things are interdependent and interact with each other and their environment; and the form and features of living things are related to the functions that their body systems perform. Through this sub-strand, students investigate living things, including animals, plants, and micro-organisms, and their interdependence and interactions within ecosystems. They explore their life cycles, body systems, structural adaptations and behaviours, how these features aid survival, and how their characteristics are inherited from one generation to the next. Students are introduced to the cell as the basic unit of life and the processes that are central to its function.

The chemical sciences sub-strand is concerned with understanding the composition and behaviour of substances. The key concepts developed within this sub-strand are that: the chemical and physical properties of substances are determined by their structure at an atomic scale; and that substances change and new substances are produced by rearranging atoms through atomic interactions and energy transfer. In this sub-strand, students classify substances based on their properties, such as solids, liquids and gases, or their composition, such as elements, compounds and mixtures. They explore physical changes such as changes of state and dissolving, and investigate how chemical reactions result in the production of new substances. Students recognise that all substances consist of atoms which can combine to form molecules, and chemical reactions involve atoms being rearranged and recombined to form new substances. They explore the relationship between the way in which atoms are arranged and the properties of substances, and the effect of energy transfers on these arrangements.

The Earth and space sciences sub-strand is concerned with Earth’s dynamic structure and its place in the cosmos. The key concepts developed within this sub-strand are that: Earth is part of a solar system that is part of a larger universe; and Earth is subject to change within and on its surface, over a range of timescales as a result of natural processes and human use of resources. Through this sub-strand, students view Earth as part of a solar system, which is part of a galaxy, which is one of many in the universe and explore the immense scales associated with space. They explore how changes on Earth, such as day and night and the seasons relate to Earth’s rotation and its orbit around the sun. Students investigate the processes that result in change to Earth’s surface, recognising that Earth has evolved over 4.5 billion years and that the effect of some of these processes is only evident when viewed over extremely long timescales. They explore the ways in which humans use resources from the Earth and appreciate the influence of human activity on the surface of the Earth and the atmosphere.

The physical sciences sub-strand is concerned with understanding the nature of forces and motion, and matter and energy. The two key concepts developed within this sub-strand are that: forces affect the behaviour of objects; and that energy can be transferred and transformed from one form to another. Through this sub-strand, students gain an understanding of how an object’s motion (direction, speed and acceleration) is influenced by a range of contact and non-contact forces such as friction, magnetism, gravity and electrostatic forces. They develop an understanding of the concept of energy and how energy transfer is associated with phenomena involving motion, heat, sound, light and electricity. They appreciate that concepts of force, motion, matter and energy apply to systems ranging in scale from atoms to the universe itself.

At Alkimos College our students work together to foster creativity and innovation to create empowered individuals. We provide a safe and inclusive environment where ‘hands on’ and ‘minds on’ learning experiences are embedded in everyday college life. Our staff and students strive for excellence and grow with our community to cultivate a culture of high quality teaching and learning.

In Year 7, students explore the diversity of life on Earth and continue to develop their understanding of the role of classification in ordering and organising information. They use and develop models such as food chains, food webs and the water cycle to represent and analyse the flow of energy and matter through ecosystems and explore the impact of changing components within these systems. They consider the interaction between multiple forces when explaining changes in an object’s motion. They explore the notion of renewable and non-renewable resources and consider how this classification depends on the timescale considered. They investigate relationships in the Earth-sun-moon system and use models to predict and explain events. Students make accurate measurements and control variables to analyse relationships between system components. They explore and explain these relationships through appropriate representations and consider the role of science in decision making processes. 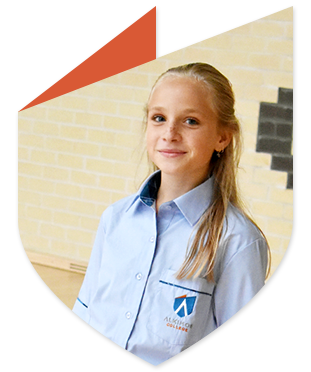 Should you have any questions relating to our Learning Areas or any other matter we encourage you to get in touch.